Oh my frickin’ Gawd, it has come to this.

Math and early hours; WHAT HAS HAPPENED TO ME??

The Greek yogurt is mad for protein – you can see that it merited an exclamation point in my assessment. But is it TOO much protein? The plain has less sodium. Does Greek yogurt taste more salty? I don’t think so. Two identical containers and two identical serving sizes, but the plain holds four servings and the Greek holds three and a half. What’s up with that?

I’m taking both containers (washed, naturally) as a show-and-tell the next time I meet with Chip at Body Dynamics; he’ll have to help me figure out which one is better.  Or if there’s such a thing as “better.” Nutrition is wicked confusing.

(Chip – a sincerely charming man – will undoubtedly tell me he’d choose the morning’s yogurt based on what else he was eating that day, because Chip is organized and has a clue. I rarely know where my shoes are, much less what percentage of my protein needs I’ll be able to consume at dinner.)

Here’s a photo of my morning’s assessment, shot on top of the Entertainment Weekly photo of Jamie and Claire from “Outlander” because morning math merits SOME kind of reward and it’s otherwise impossible to make either yogurt or blog posts seem sexy. 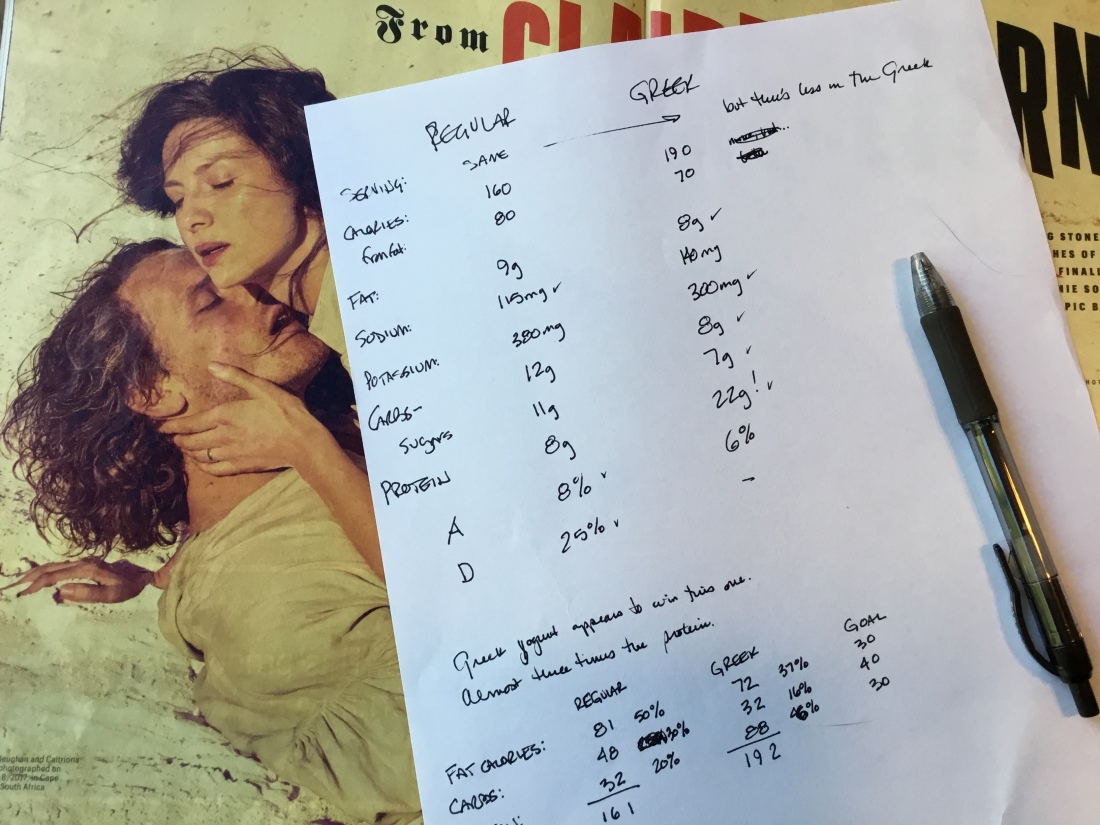