Hey – this looks familiar. I’ve been lost here before.

I’ve come to see that my determination is like an on-off switch, like in the kitchen. Either I am fully determined and every light in the ceiling is blazing, or I give up and plunge my brain into safe, lazy darkness.

But what I need is a dimmer switch, like in the dining room. I need to be able to back off a little from my determination, instead of simply going all out or going to nap. There has to be a way I can MODERATE my determination.

Two examples: As noted in an earlier post, I once spent an hour a day exercising for 437 consecutive days. You’d think that would be long enough to create a habit; that I might think “I’m feeling a little stiff and stuffy; think I’d like to go for a nice brisk walk through the nabe while listening to Eurythmics through ear buds.” But no; when I forgot to exercise on the 438th day, I sat down and it took several years for me to stand up again.

And at my last nutrition appointment at Body Dynamics with Chip, he looked at my three-day food journal (Chip discouraged journaling every day; probably to stop on/off switches like me from becoming fanatics and then failures). “Looks like you’re drinking too much water.”

And what happened? I seem to have stopped drinking water. No, that’s not true – I still drink, but I no longer wander around with a water bottle. (I have this bitchin’ water bottle that bongs like a Zen gong if you whap it up against something, which I do often because the sound is such bliss.) I no longer have to pee every two hours. I’m probably drinking 50, 60 ounces a day. And that feels like (say it with me) FAILURE. I’m fighting not to give up at the first wisp of setback.

I told Barbara I was concerned about moderating my effort; she told me that mine is a personality type. All or nothing; determined or defeated. There’s very little middle ground, and it was worth thinking about. “It’s good that you’re getting help, but the day should come when you WANT to go out and get exercise on your own.”

Horror rolled over me. Moi?! No way. If I don’t have someone guiding and correcting me, I find it very, very hard to get off the couch. Go it alone without my fellowship of the fat?? I’ll never make it.

Barbara says I can. We’re going to work on moderation because at the moment I ain’t got none.

Sigh. I need a rheostat. 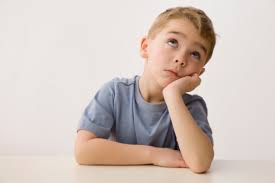