As I groaned and yipped and complained yesterday, I was thinking about George Bailey… or rather, about Clarence, George’s not-very-competent angel in “It’s A Wonderful Life.”

You know the story. Clarence is sent to a despairing Jimmy Stewart, to show him what life WOULD have been like if Jimmy hadn’t been there to “aw, shucks” his way through life.

I was wishing for a Clarence because Chad, the stretch class teacher at Body Dynamics in Falls Church, VA, had found a new place on some aging bodies where he could extract the groans and yips of discomfort that he, a strange new breed of vampire, secretly feeds on to stay looking so fit and young.

The new place was what he called “the TFL.” He’ll tell you what that stands for, if you care; I decided it stood for “Too… Long to be lying in this position on the foam roller.”

Lie on your belly. Cant one hip up far enough to shove one end of the foam roller under you, so the foam roller sticks out to your side like a child’s drawing of a spear to the belly. Get the edge right under your hip. Roll around a little; experience every possible nuance of agony you can wrench out. “Good stuff!” says Chad, rubbing his hands together and visibly getting younger as he bathes in the moans.

Why do I need to anger some never-before angry part of my body? What would happen if I never rolled a TFL to which I had never previously been introduced? Would anything be different??

And that’s when George Bailey’s angel Clarence ghosted in and sat cross-legged on the floor beside me.

In his mild little almost-British voice, he told me an “It’s a Wonderful Life” story about my TFLs. Clarence knows even less than I do about anatomy, but he still had a lesson to share.

“When you were younger, Prudence – when you were fresh and springy and still under factory warrantee – your TFLs (and shame on you for the “too… long” comment) were broad, stretchy rubber bands.

“But then you got older, and spent all your time sitting in front of a computer. Don’t glare at me, my girl; I know that’s the nature of modern life.

“Your TFLs slowly thickened, like a nice broadcloth shirt ironed with too much starch. And then the starch solidified. That’s fine right now, because your over-starched TFLs are as long as you need them. For now.”

Clarence watched me curiously as Chad had us switch to the other hip, and fresh groans filled the room.

“But when you’re 82,” Clarence the ghost angel went on, “you’re going to trip over your son’s pet bear, Jedediah. Yes, he gets the bear. Pay attention.

“No, Jedediah won’t eat you as you lie there. But that is the beginning of the end for you. You’ll never be quite the same, and from then on, the old age that COULD have been vibrant and entertaining and filled with grandchildren and grandbears and the opportunity to become a concert pianist and the author of a noted series of very steamy bodice-ripper novels (shame on you) – that’s gone. Your future is pretty much sitting around waiting for the Grim Reaper.

“Now. Are you really willing to give all that up because you don’t want to feed that perfectly nice vampire man over there? Roll that TFL – roll it, I say!”

And so I rolled it.

You can’t prove a negative; you can’t say “I definitely avoided THIS because I went to stretch class today.” But you can do what you can to live long enough to see a grandbear. And I DO have the vague outline of a pretty steamy series of bodice rippers in mind. So I’m following Clarence. And Chad. 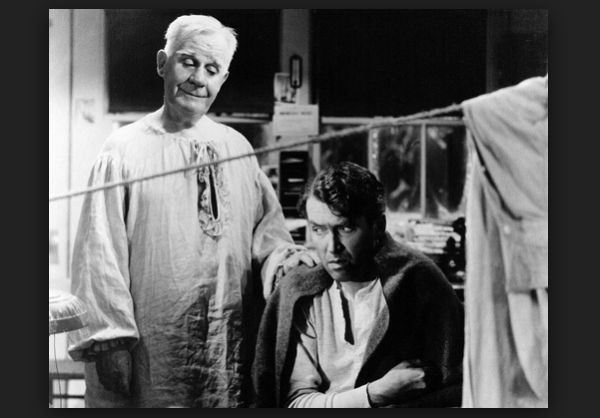