I tried to force both my sisters and my mother into a photo today, during the Thanksgiving prep time, but one sister is notoriously slippery and refused to participate – so here’s me with my mother and my sister Lexie.

(Twig, an early escape artist, charmed all and then fled fast, before I could corral her.)

These are two of the three women who share my DNA; these are the women to whom I would give a kidney. If Twig was in the photo, you’d see that all three of them are the same height (about three or four inches shorter than me), have similar faces and hair, and are adorable. I am taller, far fatter, and spent the entire day attempting to hold my core muscles as rigidly tight as possible…

…except when, howling with laughter, I proved to Lexie and mom just how much Barbara (at Body Dynamics) and her team have done for me by demonstrating “before” and “after” examples of just how much those muscles were holding in.

(Really, it’s impressive; if I remember, I’ll post both photos tomorrow because it makes me snort with amusement. If I could only hold that utterly clenched pose – which involves pelvis, ribs, abdominals (rectus and transverse), and those huge, fanning seashells of the obliques – then I could really fool the world!)

But despite not looking much like them, those women are my heart. It was a wonderful Thanksgiving and I dined as much on love, affection, support, and giggles as anything on a plate – and a most nutritious meal it was, too! 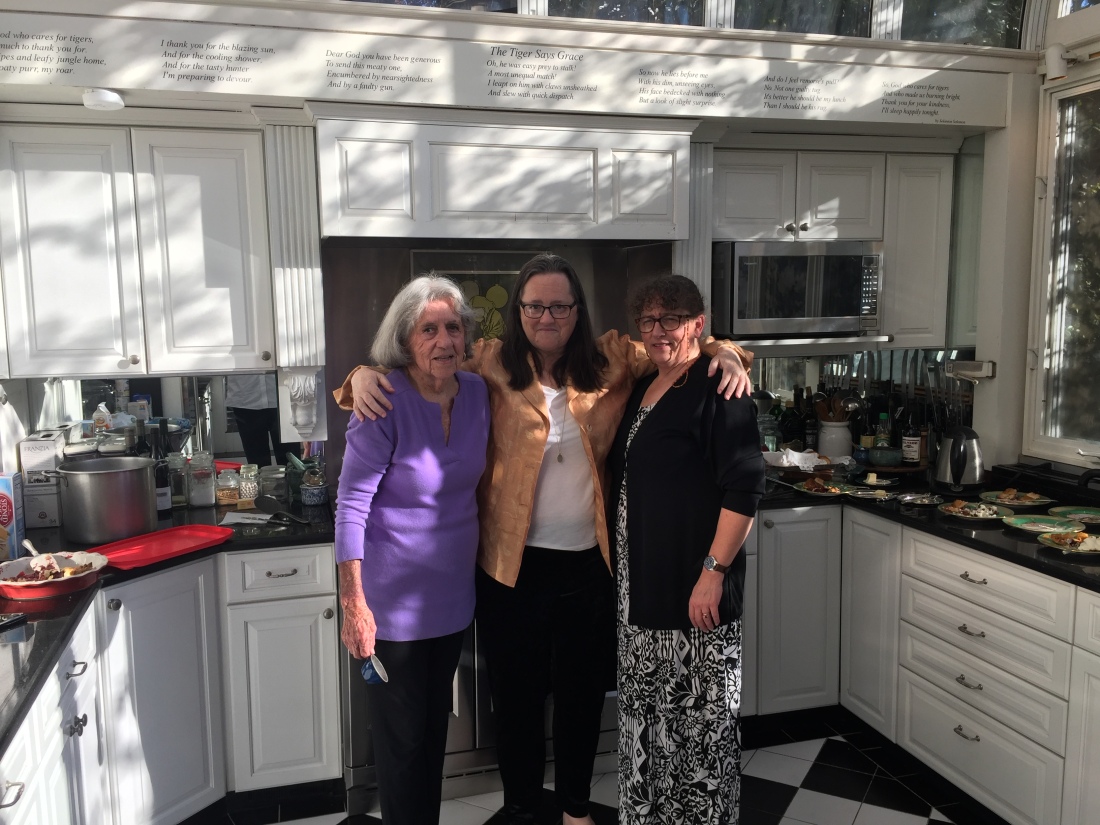 One thought on “Heritage”