I was working today at Body Dynamics with Grace, the ballet dancer Pilates instructor.

(Grace demos an exercise and I just want to burst into applause. I don’t think we’re the same species, but she sure is pleasing to watch!)

Bridges – oh, SURE, they look easy. You lie on your back with your knees bent, and then lift your hips up and down. That’s seventeen words to describe what it looks like. Here’s what it FEELS like:

Lie on your back with your knees bent. Hands at your sides, pulling towards your feet to keep your shoulders down and active, but very quietly. As you inhale, lengthen your spine as much as possible – feel a force going from your sit bones out the top of your head. When you exhale, let your ribs deflate along with your lungs until the ribs are drawing into the body. Zip up the spine from the back of the neck, down the backbone and around to the front, engaging the flat, deep muscle deep in the low belly. As you flex that muscle (the transverse abdominus), clench your butt muscles. Do that more. More. MORE. Eventually it’s inevitable between your abs and your butt that your hips will just float upward. Feel your knees pull forward and down so the head of your femur pours up and forward, forcing a stretch along your hip flexors from your core to your thighs. At the top of that movement, hold it. Inhale. Soften your ribs. More. MORE. Lower your shoulders; pull down with your hands. Feel your knees pulling you long. Now come down for the exhale; let your ribs melt more. No, more. MORE than that. If you can’t roll down vertebra by vertebra, then imagine a rope tied to your sitz bones that is pulling you towards the far wall, stretching you long from your shoulders down. Rest.

It’s no wonder I can’t keep it all straight, and Grace often takes pity on me and tells me to forget about this muscle group or that muscle group and just concentrate on one thing. I do it and she looks at me kindly and says “Well, it’s a process. You’re getting there!”

In moments of inaction (like, say, typing a blog post, perhaps), I try to imagine a scenario in which being able to do a bridge that satisfies a really skilled trainer would prove indispensable. Like, maybe Martians land and announce they will use their ray guns on anyone who can’t bridge properly… or because of an improbable sequence of events, the only way I can close the gap in the track that will allow the secret microfilm to roll safely into the hands of the handsome government agent is if I bridge into the space, allowing the canister to roll from hipbone to hipbone on the perfect trajectory.

Yeah, I’m stretching. I don’t really know WHY one should be able to bridge so exactly, but I trust that I don’t need to know why. Where Barbara and Grace lead, I follow.

After working assiduously on the “process” of my bridges, Grace had me stand up and we moved on to other exercises – or so I thought.

I stood with one foot on the ground and one foot on a slide-sideways moving platform. At first, all I had to do was turn my upper body. If the left foot was up, I turned to the left. Left hand behind my head. Spiral to the left.

Obviously, if you don’t want to move the platform, you have to put all your weight on your right foot. And the only way to get a turn going – given that you can’t let your hips move – is to turn on the right butt muscles – or as Grace says, “WRAAAAP those muscles all the way around your hip.” Then once you’re fully stable and turned as far as you can go, NOW slide that moving platform to the side, away from the standing foot.

I immediately fell over, of course, and Grace went through the careful process of explaining movement to someone who can’t do it naturally.

She was showing me how you can shift your hips (which was wrong in this case) or you can pull the head of your femur forward to engage the butt muscles without moving the hips. I watched her tiny little hips show me – THIS is wrong, THIS is right – and was just getting my head around that concept…

…when she said – like it was obvious – “This is the motion at the top of your bridge.”

I went from lying prone with bent knees on the table to twisting awkwardly on one leg with one pudgy arm behind my head; there is NO WAY these movements could possibly be connected by anything other than the fact that I was the one doing both.

I felt like a sponge left in a dark cupboard for a few months until it was rock-hard, and then someone swiped me through a puddle. Can’t… absorb… brain… too… stiff. Help!

It was obvious to Grace that I was swamped by her statement, and she clarified that these small movements were how we were going to organize the disorganized muscle movements that make it all but impossible for me to step up on the mid-sized table in the P.ACE room with my right leg.

In the echoing confusion of my suddenly overloaded brain came two thoughts – first, THIS is what’s going to help?? Standing with one foot on a moving platform and twisting like a barber pole?

And second, SHE’S BEEN TALKING TO BARBARA AGAIN.

They’re plotting. They’re going to fix me despite myself!

I told Grace we would have to revisit this concept a few times, since I was pretty sure I wasn’t really internalizing all of it. (By which I meant – VAPOR LOCK. I am internalizing NONE of this.) (Which she understood.)

Patting your head and rubbing your stomach would be child’s play compared to this stuff!

I wanted a good photo to illustrate this post, but felt it would be unlikely to find a barber pole stretched over a river like a suspension bridge and then shaking apart in huge, car-flinging waves to best express my current mental state of hopeful confusion. Thus – no photo available! 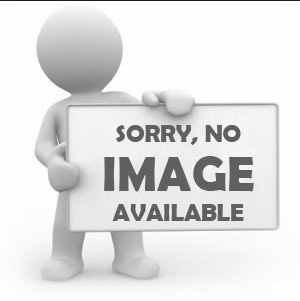