“Let me give you some counsel, bastard,” [Tyrion] Lannister said. “Never forget what you are, for surely the world will not. Make it your strength. Then it can never be your weakness. Armor yourself in it, and it will never be used to hurt you.”

Jon was in no mood for anyone’s counsel. “What do you know about being a bastard?”

“All dwarfs are bastards in their father’s eyes.”

That’s the quote I was thinking of yesterday (from “A Song of Ice and Fire” – aka Game of Thrones – by George R.R. Martin, and used without permission, of course) when I posted a photo of my posterior.

Like Tyrion, I seek to own what I am – to make it my strength. I am a fat lady – healthy, strong, tough, kind, decidedly wide in the posterior.

But unexpectedly, I find that the sight of my own tail (so easy to ignore when not presented with photographic evidence) has quite severely demoralized me. And I did it to myself; posting that photo yesterday was my choice.

Oh, believe me – I can hear you. You’re saying utterly lovely and kind things like “don’t be so hard on yourself” and “you look great” and “you’ve made such progress” and “be in the now, man” (no, that’s me – I say that), and I’m grateful, but I’m not actually terribly needy in my demoralization…

…rather I think it’s part of the process. I’m up and enthusiastic, something happens I can’t control (or worse, something I do wrong – like thinking posting a picture of my own ass is a good idea), and then I’m down. It happens; it’s normal; I don’t fight it. I just feel bad about how my butt looks, and then I keep going.

(Butts are so deceptive. Since I rarely see mine, I can envision it as one of those beautiful, heart-shaped posteriors that makes me stare rudely at pretty women on the street. Dang. That’s a nice butt. Oh – sorry, madam.)

So owning my own weakness, as Tyrion suggested, hasn’t helped me turn it into a strength YET… but give Barbara (and Grace and Chad and Chip) at Body Dynamics another 18 months and THEN we’ll see. 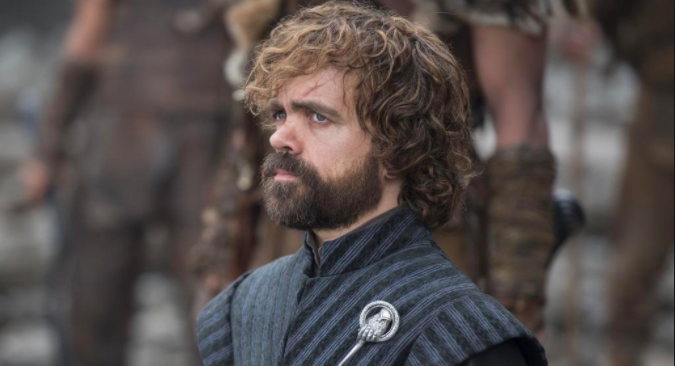