Sometimes I envision my brain as a huge, Matrix-sized field of nothing but electrical wall outlets, waiting for something to come along and plug in something useful.

And what I’ve come to understand is that my outlets that turn on a sense of joy or contentment from exercise? Those outlets are slightly bent. You can force in a plug if you REALLY lean on it, and a small trickle of electricity will come through; enough to power a nightlight, for example…

I had a massage with Gwynn at Body Dynamics today. Gwynn is, as noted, a wizard. She’s no spa masseuse dilettante in it for the pleasure and the tips; when she goes in, she goes with a purpose. We discussed my lamina groove (can’t give up on that frozen-solid thorax!) (doesn’t a thorax sound like something out of Dr. Seuss?), and my tendency to pack any stress into my neck and shoulder muscles…

…but mostly we examined the aductor magnus in my left thigh.

That muscle runs from the knee to the pelvis; Gwynn says it’s on the back of the thigh (and she would know), but I feel it right up the inseam. My left aductor magnus is oddly tight without any corresponding strength. When I use it – say, Barbara sticks me on a rowing machine to gasp and bitch for ten minutes – it stabs me at the very top of my thigh with every return on the rower.

(This is annoying – however, the pain was enough that Barbara let me off with only six minutes of rowing, not ten… so maybe – don’t fix it?!)

So today Gwynn brought her voodoo skills (that woman can see pain through her fingertips; it’s uncanny) to my adductors and I’m not lying, it HURT. Not more than I could stand, but I spent a lot of time wincing and hissing little inhales and saying “now THAT’S tender” and in other ways attempting uselessly to persuade her away from her mission.

And I STILL got off the table feeling high as a kite.

My brain’s receptors that might be more productively devoted to the joy of exercise are apparently all switched over to massage. Kind massage, determined massage, even painful massage seems to leave me stoned. I advised Gwynn to knock out a wall in her treatment room so she could create a sort of recovery opium den next door where her victims could be stacked up like cordwood as we chased the massage dragon.

I know an ultra-runner – a man who thinks running 100 miles at a time is so much fun that he recently ran 200 miles. I know a woman who believes that if you don’t throw up at least once per workout, it’s not a good session. I’ve seen people biking up mountains in Vermont – apparently voluntarily. On their vacations, fercrissake.

These people are getting something from exercise that I am not getting.

I’m willing to believe that I can retrofit my exercise receptors – that I can become addicted to the exercise endorphins. Hasn’t happened yet, but that doesn’t mean it won’t.

By the way – the adductor magnus actually does feel a bit better. Gwynn grinned and said “Oh, good – we’ll just keep at it, then!” And somehow I’ll drool while she does it, too. 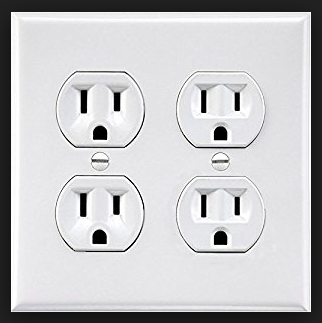 One thought on “Receptors”