In my youth, the scariest thought I could summon was not that there was a monster under the bed, but that somehow a long, slithery snake had decided to have a nap tucked lengthwise between the sheet and the mattress, over the edge to where the sheets were tucked in – and after I risked putting my bare, vulnerable feet down toward the undoubted snake pit, it would decide it was time to slither out, its flat reptilian eyes scanning the horizontal landscape between the sheets to find something to latch onto and maybe eat.

But now I’m an old lady. Screw the snakes; I have a new terror:

I fear the ringing phone, followed by the voice of someone saying “Where ARE you? We’re all WAITING for you!”

In the last month or so, I’ve missed multiple appointments and plans. Really – multiple. One phone call during which time I was going to browbeat the members of the fundraising committee for my high school reunion into doing EXACTLY AS I WANTED, and I had good plans, too. Instead, I sat at the kitchen table thinking about working on a job but really moseying around Facebook like a waste product while, far from my awareness, the rest of the committee agreed to something utterly boring. DAMN it!

And then – I more than owed Eleanor, Steve, and darling Caroline a meal for all they’ve cooked for me, so I invited them to brunch at a local restaurant on Sunday. When Sunday arrived, I curled my toes in solitary splendor and turned over and went back to sleep. They called me several times to make sure I wasn’t wrapped around a bridge abutment with an 18-wheeler on top of me, but I never answered the phone. Too busy snoring. They had brunch without me, and rightly so. I was humiliated.

And today, I KNEW my appointment with Grace was at 9:30 at Body Dynamics; I was paying attention. Yet even as I knew it, I also decided I didn’t have to leave my house until 9:30. At 9:35, I chastised myself – silly. You’re running five minutes behind schedule; there goes your bubble of time for traffic.

At 9:40, charming Devon at Body Dynamics called me to see if I was making the up-close acquaintance of a bridge abutment. We’re expecting you – where are you?

(And it’s not the first time Devon and I have had such a call, either.)

I’ve gotten foggy about time. I don’t know what’s going on. If I’m found comatose in front of my computer, someone tell the EMTs “She said she was having trouble keeping track of time,” so they can trepan me in the right area of the skull.

Is it just because life is in upheaval with all the workmen tromping through my house at odd hours? Have I actually lost the ability to set up things outside of the normal schedule? Is there a brain tumor creating little bridge abutments in the grey matter? Am I just an idiot? Is this the true beginning of old age?

Now I fear the call that lets me know I’ve screwed up again. If you really wanted to be cruel, you could prank me easily… but who would be that mean to the hopelessly disadvantaged?!

I spend so much time focusing on my physical health. I think it’s time to look into my mental alertness!

You’ve been warned; if we’re planning something, a reminder call, text, or email might help! 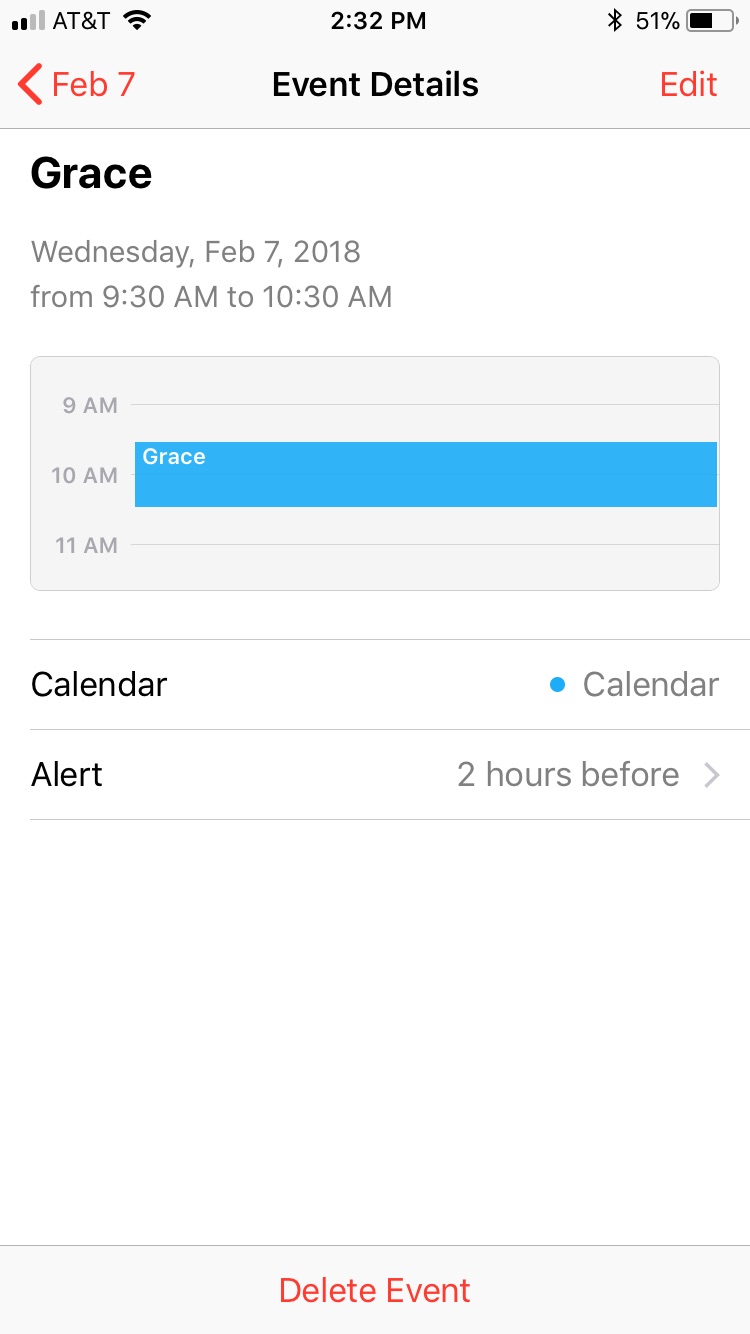 Yes, I’m using the alerts on my phone. They are USELESS to me. (Thanks for the suggestion, though.)